Diyar e dil novel is a seplindid show of writing by Farhat Ishtiaq. Farhat Ishtiaq is well know screenplay and novel writer. She has written so many block busters including humsafar. Farhat Ishtiaq, in her novel, often shows different cultural and social issues of our society. She has been awarded with a number of awards. The story of Diyar-e-dil simply shows a character of strict temprament namely Agha Jan. Sohaib and Behroz are the sons of Agha. The first son of Agha, Behroz is in love with Ruhina however, he is engaged with his cousin Arjumand.

Ruhina is class fellow of Behroz and belongs to a middle class family. Due to the love story of Ruhina and Behrooz, Behrooz refuses to marry Arjumand resultantly his father kicks him out from his house. Agha Jan fix the marriage of Arjumand with his younger son Sohaib. There are a number of twists in story. Arjumand is also showing refusal in accepting Sohaib but got married due to pressure of Agha Jan.

On the other hand, Behrooz and Ruhina also got married and living in separate house. After a year Ruhina has been blessed with daughter namely Farah and Arjumand is blessed with a daughter Zarmina and Wali. This novel was published in Shuaa digest and became a famous novel in few days. Later on a tv serial was also recorded with same name.

Who is the Writer of Diyar E Dil Novel?

Farhat Ishtiaq is one of the top urdu novel and screenplay writers of Pakistan. She is famous for writing socio cultural and society reforming novels. Farhat Ishtiaq was born in Karachi on 23 June, 1980 and got his Degree from NED University, Karachi. She got Engineering job in 2004 but sooner she took step toward literature she left her job.

Wo Jo Qarz Rakhte The By Farhat Ishtiaq Pdf

Farhat Ishtiaq is famous for writing about cultural and social norms of Pakistan. She has shed light on every bad and good social issues. She started her career from Humsafar novel which became block buster. Farhat got so many Awards since 2013 for her best writing. The awards Hum Award for Best Writer of Humsafar in 2013, Lux Style award in 2014 for best writer, Lux style award for Diyar e Dil in 2016 and also got Hum award in 2016 for same screen play. She also got Lux style award and Hum award in 2017 for Udhari.

You can download Farhat Ishtiaq’s novel Diyar E Dil for free. Parhlo Pakistan is giving free Novels for our readers. You can download this novel by clicking Download Button given below. Another page will open and download button will appear there. Just press download button and wait for 10 seconds. Your file will be downloaded into your device.

We have also prepared a forum for reading this novel online. Diyar E Dil Novel is available for reading online. Just scroll down and read this article online. You can also open this novel in your google drive as well. This novel will be downloaded through google drive if needed. 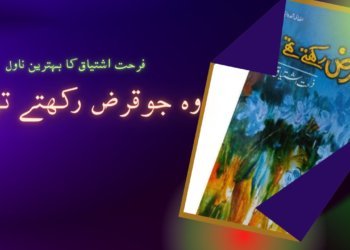 Wo Jo Qarz Rakhte The By Farhat Ishtiaq Pdf 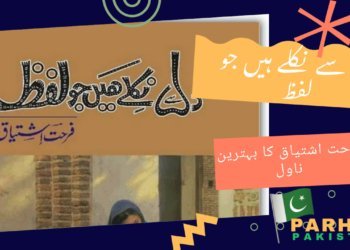 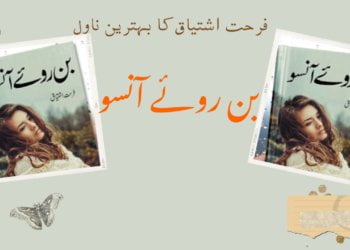