Gujranwala electric supply company was established in 1977 to provide electricity to Gujranwala and surrounding areas. Intially GEPCO was running under Wapda which was converted into Public distribution firm working under Pakistan Electric Power Company in 1998. There are several reasons when GEPCO bill is not delivered to your home. Due to such reasons a lot of customers get a extra surcharge in their GEPCO bills. For such reasons we have created GEPCO online duplicate bill download facility at Parhlo Pakistan

Add you reference number in below given box and get your GEPCO duplicate bill for free.

How to find Reference Number?

You can find your reference number or customer id from your bill by simplest method.

In the above given section you can see two boxed items i.e reference no and customer id. Just pick one of them paste it in above given table and get your WAPDA GEPCO bill now.

Gujranwala Electric Power Company was established in 1977 and later on converted in 1998 as distribution company. GEPCO is providing electricity to Gujranwala, Sialkot, Hafizabad, Gujrat, Narowal, and Mandi Baha Uddin. Download GEPCO bill if you belongs to any of below given districts. There are 5 Operation circles with 24 operation divisions and 118 sub divisions. Moreover GSO cirlce has 3 GSCO divisions and 16 sub divisions. The headquarter of GEPCO is situated  at 565/A Model Town, G.T.ROAD, Gujranwala.

What is the Helpline of GEPCO?

Gujranwala Electric Power Company (GEPCO) has set up a state of the art helpline system for its customers in GEPCO headquarter. Moreover, each Division and Sub-Divsion has a dedicated officer to listen the complaints. The users can call on following phone number in order to record their complain:

There are millions of customers of GEPCO and it may be difficult for you to record complaint in busy hours at first call. Or you may find the complaint number busy due to huge number of complainants calling for a reason or another.

Q. What is CR in GEPCO bill online ?

A. CR stands for credit bill. The balance amount which is to be paid by GEPCO to you is called CR bill. CR bill is sent if due to some adjustments it came to the knowledge of GEPCO that you was overcharged. The company deduct your current bill from CR amount and send you the remaining credit amount which is not is not payable.

Q. What is a deferred Bill?

A. The defer bill gives you an option to pay your bill for current month or pay it with next bill as there is no late payment surcharge on deferred bills.

Q. What is FC Charges?

A. FC surcharge stands for financing cost which was started from 10th June 2015. This surcharge is collected as debt servicing of the company and it is collected on consumed unit at the rate of Rs. 0.32 per unit.

What is FPA in Wapda Bill?

FPA is also known as Fuel Price Adjustment which are the charges collected on the basis of fuel price fluctuation.

A. This tax which is collected by government in form of General Sales tax on consumed electricity. The cost of gst is 17%.

What is the process to change name on gepco bill?

This process begins with filling up form for name charge process. The form can be collected from GEPCO offices.

How to check GEPCO Bill by meter number?

Presently there is no process to check GEPCO bill by meter number. We will update you, if any update in this regard is shared by WAPDA.

How to pay lesco bill in installments?

If you are arrears in a bill then it can be paid on installment basis. However, you cannot pay the current bill on installments. You can visit SDO office for paying your bill in installment. 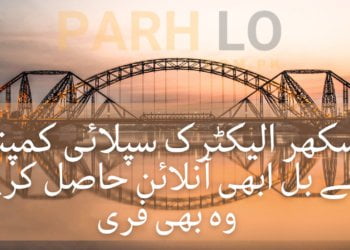 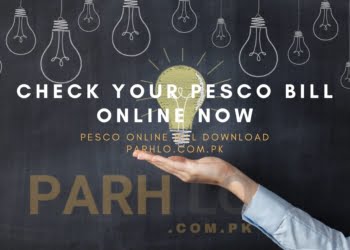 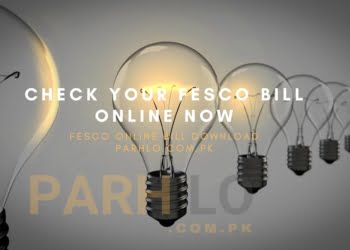